what does ‘The Scream’ mean?

Tipped to reach a record price at auction next month, Edvard Munch’s painting is one of the world’s most recognisable and disturbing images

Petter Olsen, owner of ‘The Scream’ (1895), looks at the picture©Charlie Bibby
Petter Olsen, owner of ‘The Scream’ (1895), looks at the picture during its public viewing at Sotheby’s in London
Next month sees the sale at auction of one of the most famous works of art to come on to the open market. Edvard Munch’s “The Scream” goes under the hammer at Sotheby’s in New York on May 2. It promises to be an eventful evening. The auction house has slapped its highest-ever estimate on the picture, hoping it will fetch at least $80m. It may even surpass the record for a work of art at auction, set at Christie’s New York two years ago when Pablo Picasso’s “Nude, Green Leaves and Bust” was sold for $106.5m.
But there is something more significant at play here than just numbers. “The Scream” is one of the most disturbing images to come out of the history of modern art. It depicts a moment of psychic calamity, of shattered nerves. Munch intended, when he first created the image in 1893, to record “the modern life of the soul”; and what a fraught, anxiety-ridden vision it was. For decades his distorted vision was regarded as an eccentric by-way of expressionism, laden with Nordic gloom and unnecessary cosmic pessimism.
Publicat de francisc vaida la 6/25/2012 05:57:00 p.m. Niciun comentariu: 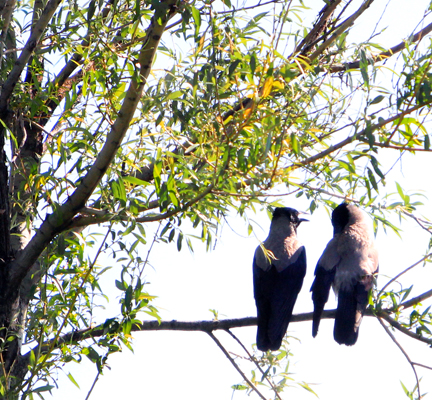